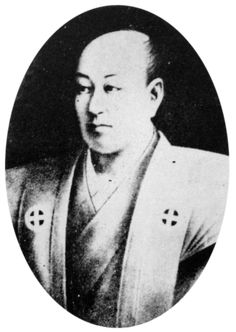 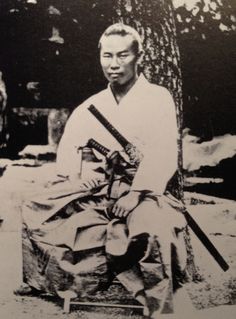 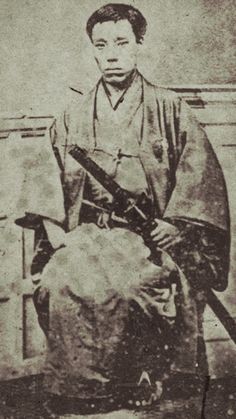 Takasugi Shinsaku (高杉 晋作 27 September 1839 – 17 May 1867) was a samurai from the Chōshū Domain of Japan who contributed significantly to the Meiji Restoration.He used the alias Tani Umenosuke (谷梅之助) to hide his activities from the shogunate. 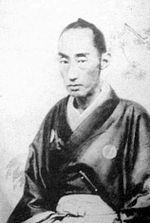 Matsudaira Katamori (松平 容保?, February 15, 1836−December 5, 1893) was a samurai who lived in the last days of the Edo period and the early to mid Meiji period. He was the 9th daimyo of the Aizu han and the Military Commissioner of Kyoto during the Bakumatsu period. During the Boshin War, Katamori and the Aizu han fought against the Meiji Government armies, but were severely defeated. Katamori's life was spared, and he later became the Chief of the Tōshōgū Shrine. 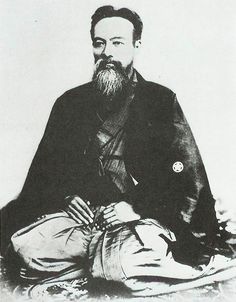 Yamaoka Tesshū 1836-1888, aka (Ono Tetsutarō, or Yamaoka Tetsutarō), a famous samurai of the Bakumatsu period, who played an important role in the Meiji Restoration. He is also noted as the founder of the Itto Shoden Muto-ryu school of swordsmanship, which in time gave birth to the modern Japanese style of swordsmanship or Kendo. 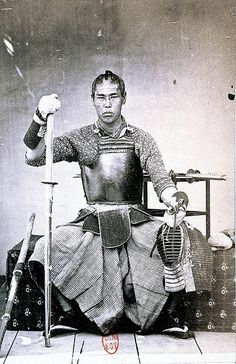 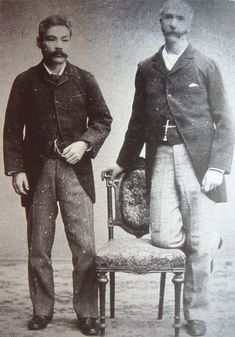 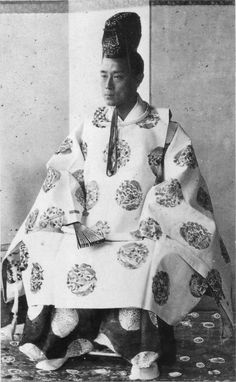 Tokugawa Yoshinobu, October 28, 1837 – November 22, 1913 was the 15th and last shogun of the Tokugawa shogunate of Japan. He was part of a movement which aimed to reform the aging shogunate, but was ultimately unsuccessful. After resigning in late 1867, he went into retirement, and largely avoided the public eye for the rest of his life. In 1902, the Meiji Emperor allowed him to reestablish his own house as a Tokugawa branch (bekke) with the rank of prince (kōshaku). 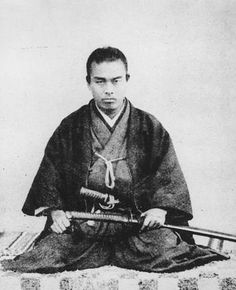 Nakaoka Shintarō 1838 – 1867 was a samurai in Bakumatsu period Japan, and a close associate of Sakamoto Ryōma in the movement to overthrow the Tokugawa shogunate. 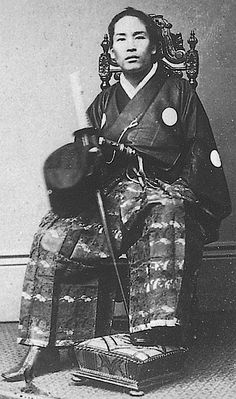 Enomoto Takeaki. Viscount Enomoto Takeaki was a samurai and admiral of the Tokugawa navy of Bakumatsu period Japan, who remained faithful to the Tokugawa shogunate who fought against the new Meiji government until the end of the Boshin War. 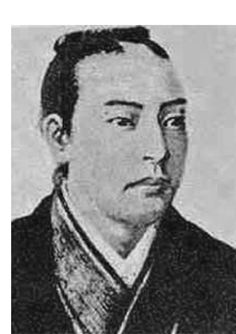 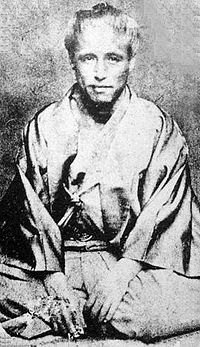 The Samurai's First Visit to America

wow...i had no idea http://www.nytimes.com/2010/06/18/nyregion/18nyc.html?ref=nyregion http://graphics8.nytimes.com/images/2010/06/18/nyregion/NYC/NYC-articleInline.jpg Collection of Tom Burnett Tateishi Onojiro, who was called Tommy. In 1860, at age 17, he was the youngest of a visiting group of samurai, and a sudden heartthrob. 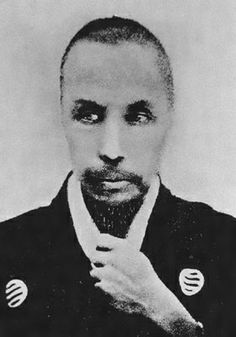 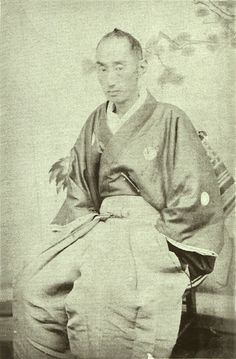 Japanese antique photograph. Matsudaira Katamori (1836-1893). He was a Daimyo, and the 9th and last Chief of the Aizu Clan of Bakumatsu. Edo era / Meiji era. 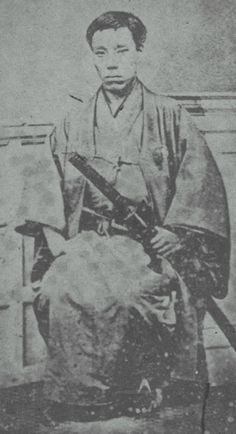 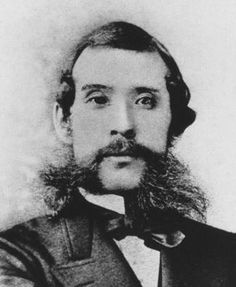