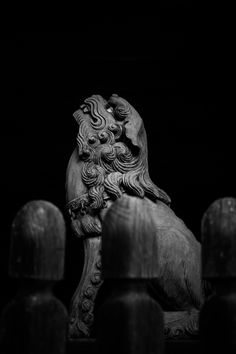 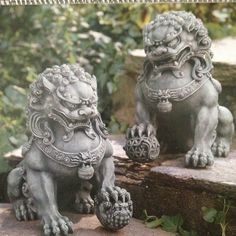 Foo Dogs: Half dog, half lion, the mythical Foo dog appears as a temple guardian in China. This pair of Foo dogs adds family protection for a home. An unusual housewarming or wedding gift. Hand-painted polyresin. 6"W x 11"H x 11 1/2"L. $79.95 from www.winterthurgifts.com. 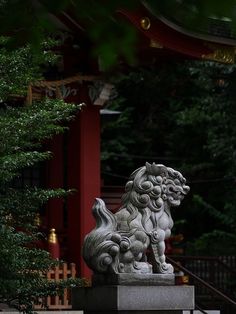 from the floating world 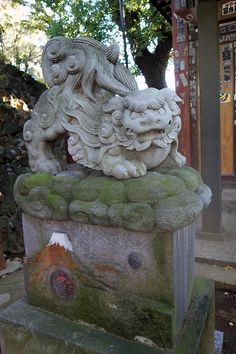 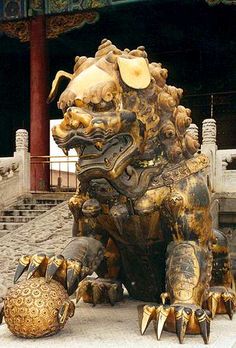 Rui Shi or Imperial guardian lion, traditionally known in Chinese simply as Shi are a common representation of the lion in pre-modern China. Statues of guardian lions have traditionally stood in front of Chinese Imperial palaces, Imperial tombs, government offices, temples, and the homes of government officials and the wealthy, from the Han Dynasty, and were believed to have powerful mythic protective benefits. 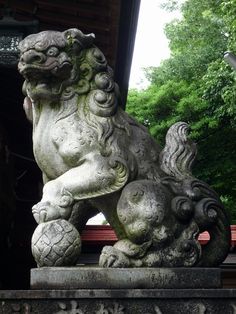 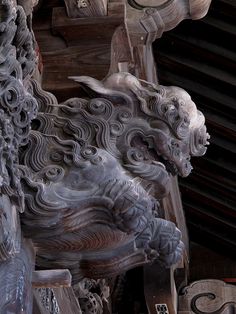 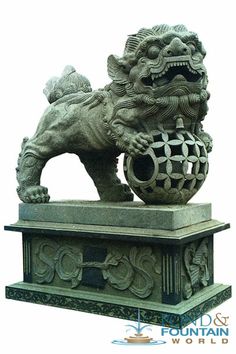 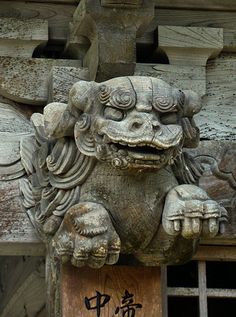 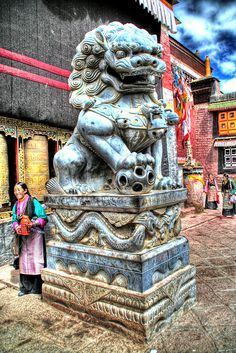 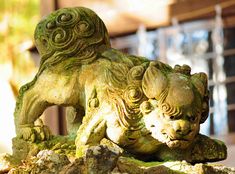 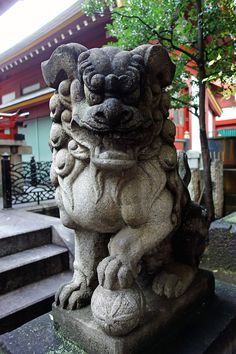 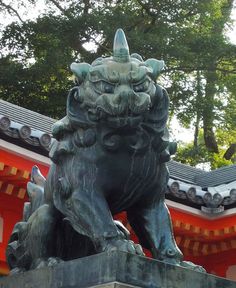 Komainu often called lion-dogs in English, are statue pairs of lion-like creatures either guarding the entrance or the inner shrine of many Japanese Shinto shrines or kept inside the inner shrine itself, where they are not visible to the public. The first type, born during the Edo period, is called sandō komainu , the second and much older type jinnai komainu. They can sometimes be found also at Buddhist temples, nobility residences or even private homes. 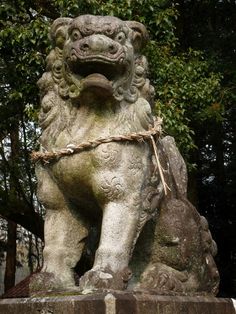 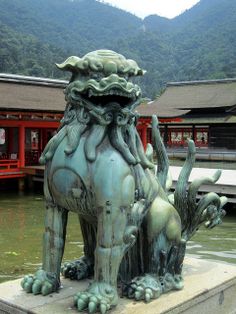