DETROIT, MI - A 57-year-old man and an 18-year-old suspect are both in the hospital in critical condition after the older gentlemen agreed to meet a woman in person that he had been communicating with through a dating website.

DETROIT, MI - Three individuals have been charged in an indictment with conspiracy to export U.S. goods to Iran in violation of the International Emergency Economic Powers Act (IEEPA) and the Iranian Transactions and Sanctions Regulations (ITSR), as well as conspiracy to smuggle goods from the United States, and conspiracy to engage in international money laundering. They were formally charged on Tuesday, January 12th, 2021.

CANTON, MI - Nicholas A. Bennett, 33-years-old, of Canton, has been charged in the fatal shooting of his eight-year-old son.

DETROIT, MI - An indictment was unsealed charging two former Beaumont employees and a medical supply distributor with wire fraud based upon a scheme to steal medical devices and/or medical supplies from Beaumont Hospital and then sell them on the internet.

DETROIT, MI - Two men from Redford Charter Township were charged in a criminal complaint for their alleged role in an ongoing fraud scheme, involving mail thefts in multiple cities throughout southeast Michigan over the past year. 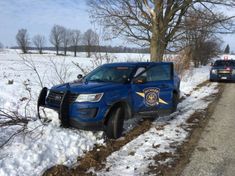 LAPEER, MI - A parolee with a list of previous convictions, along with his girlfriend, were arrested for a home invasion that took place Tuesday afternoon.

WYANDOTTE, MI - Charles Whitman, 39-years-old, has been charged in connection with the murder of his girlfriend Linda Breen, 55-years-old, both of Wyandotte.

DETROIT, MI - A 32-year-old man admitted to police that he was shot when he went to the area of King Richard and Harvard Rd, on the east side of the city, to buy drugs.

DETROIT, MI - Two men argued with each other early Monday morning. One of those men ends up dead after the other fatally shoots him.

PRUDENVILLE, MI - The Michigan State Police (MSP) Houghton Lake Post was contacted on October 16th, 2020, after a minor disclosed to a parent he was allegedly sexually molested by a male suspect.

Person of Interest wanted for West side Carjacking | MI Headlines

DETROIT, MI - The Detroit Police Department is seeking the public’s assistance in locating a Person-of-Interest wanted in connection to a carjacking that occurred on the city’s west side. 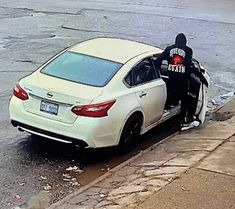 DETROIT, MI - The Detroit Police Department is seeking the public’s assistance in locating a suspect wanted in connection to a carjacking that occurred on the city’s east side.