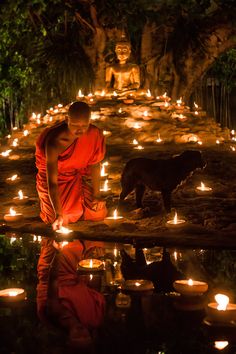 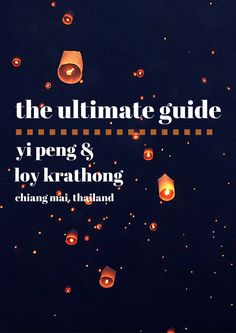 The perfect guide to one of the most beautiful events in the entire world. When the dream comes true. 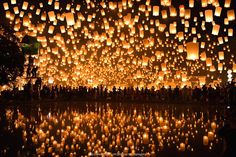 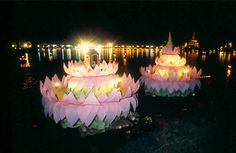 Another Awesome Thai Festival: I’ve waxed lyrical about the Thai festival ‘Song Kran’ on my site countless times before, but Loi Krathing is another festival that should demand your attendance too. Less chaotic and fast paced than Song Kran, Loi Krathong is a more spiritual calmer, more serene event. Loi Krathong is a nationwide Thai […] 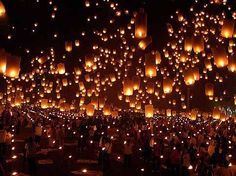 Loy Krathong: The Good, The Bad and the Facts. 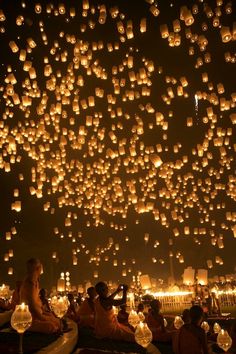 Visit Loy Krathong, the sky lantern festival in Thailand ! It inspired me so much ! - Lallou - 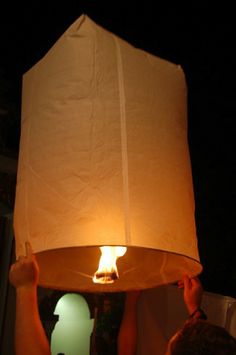 Loi Krathong and Yi Peng Are Thailand's Most Magical Festivals

Read about celebrating Loi Krathong and Yi Peng in Thailand. Learn about the magical sky lantern festival, where to see it, and how to participate. 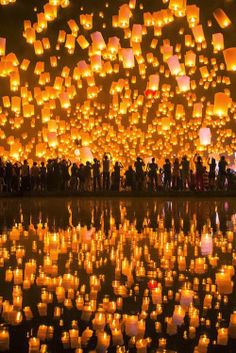 On the night of the full moon in November, Thailand celebrates Loi Krathong and the Yi Peng festival. Khom loi (sky lanterns) floating into the night sky. The ceremony is a Lanna (north Thialand) tradition and coincides with Loi Krathong festivities. The khom loi are released in the belief that grief and misfortune will float away with them.