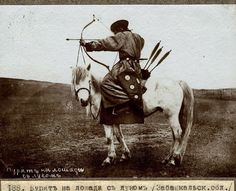 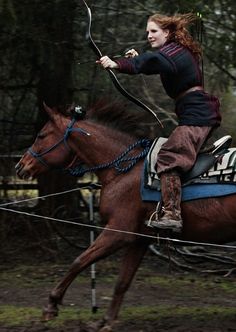 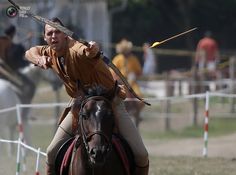 Daniel Griffin of South Africa shoots during the European Open Championship of Horseback Archery in Veroce. 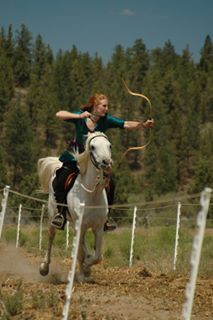 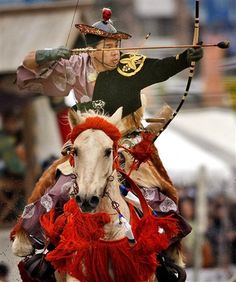 Yabusame, a type of mounted archery in Japan.... one word. BADASS. But seriously, you have to admire being able to control the horse in pace and direction while firing an arrow at a target. One of the most famous and celebrated incidents of Japanese mounted archery occurred during the Genpei War (1180–1185). During the Kamakura Period (1192–1334), mounted archery was used as a military training exercise to keep samurai prepared for war. 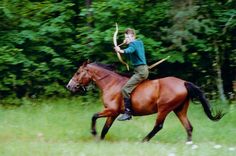 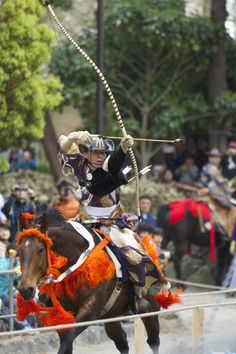 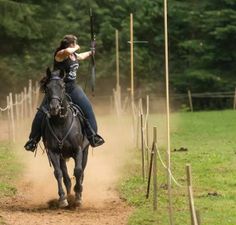 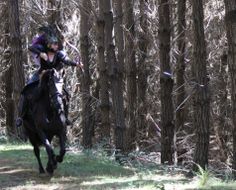 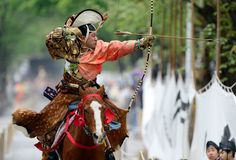 An archer wearing a samurai costume riding on horseback shoots an arrow at a target in Sumida Park in Tokyo, on April 20, 2013. The archer was taking part in a Yabusame, or archery on horseback during a demonstration of the samurai martial arts. (photo: Toru Yamanaka for Getty Images) 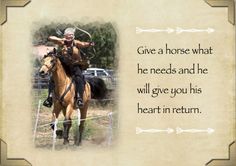 Rogue Mounted Archers is a club in Southern Oregon dedicated to growing the sport of mounted archery all over the world. Diana Troyk, in this picture, is a dear friend of ours from the Desert Warriors in AZ. 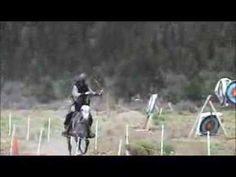 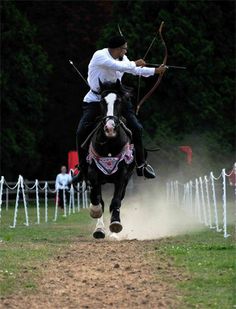 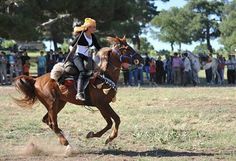 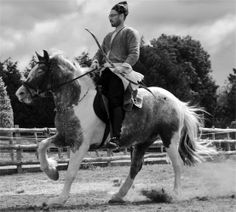