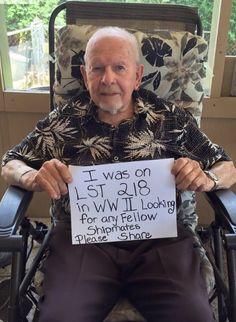 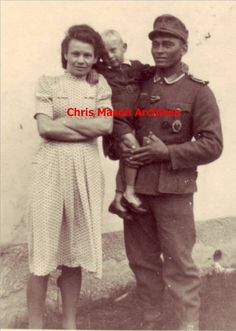 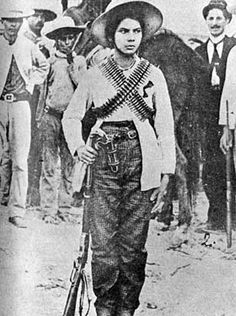 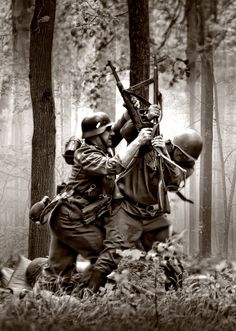 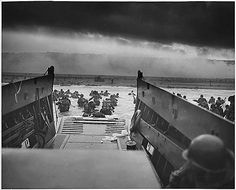 The content from this page has moved. Please see D-Day. 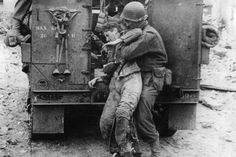 An American infantryman picks up a wounded German soldier on the road to St. Lo, France, and helps him into a half-track. The German was abandoned by his own troops after being wounded. 20 June 1944. 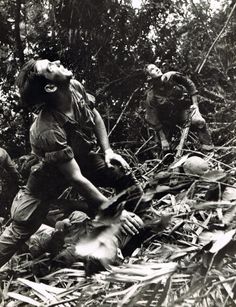 Read the latest stories about LightBox on Time 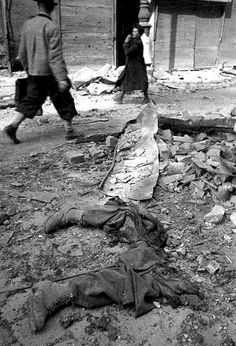 Vienna, 1945: Civilians rush by what remains of a German soldier (judging from the boots) after he was obliterated by an explosion (?) or direct cannon fire (?) By then, the value of life was nil.... 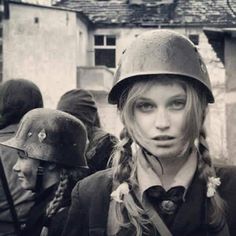 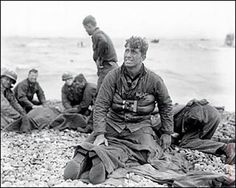 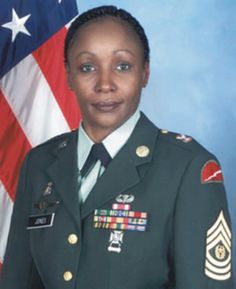 Michele S. Jones was the first woman in the United States Army Reserve to reach the position of command sergeant major of the U.S. Army Reserve. She was the first female non-commissioned officer to serve in the highest enlisted position of a component of the U.S. Army, active or reserve, and was at one time the highest-ranking African-American female enlisted person in any branch of the United States military, as well as the highest-ranking enlisted African American in the Army Reserve. 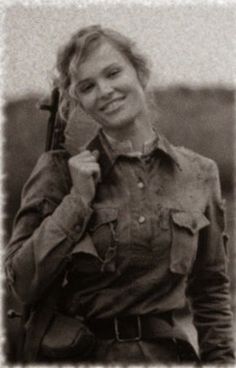 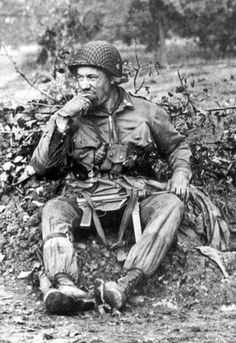 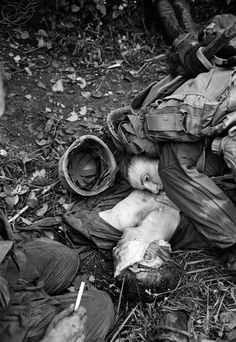 A U.S. Marine listens for the heartbeat of a dying buddy who suffered head wounds when the company's lead platoon was hit with enemy machine gun fire as they pushed through a rice paddy just short of the demilitarized zone in South Vietnam Sept. 17, 1966. (AP Photo/Horst Faas) 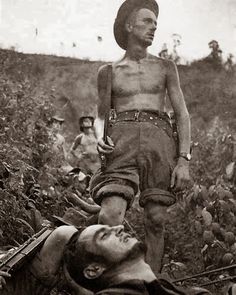