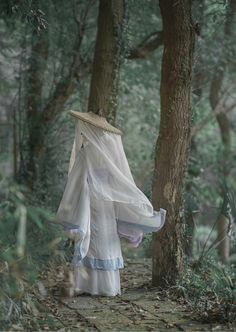 My Hanfu Favorites Pictures of hanfu (han chinese clothing) I like. About Tags Replies Where to Buy Hanfu 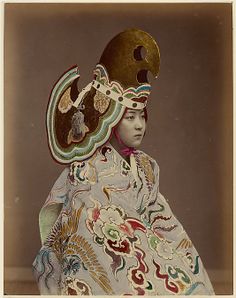 Unknown | [Performer in Bugaku-style Costume] | The Metropolitan Museum of Art

In the 1880s it was an almost obligatory practice among Japanese photographers to hand color both studio and landscape pictures. In Europe the practice of tinting photographs had fallen into disrepute, but because of the consummate skill of Japanese watercolorists, hand-colored albumen photographs became a minor art form of startling beauty in Japan 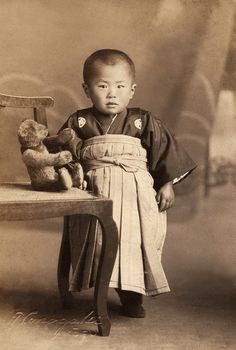 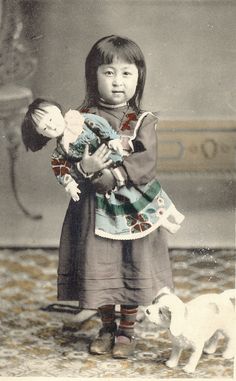 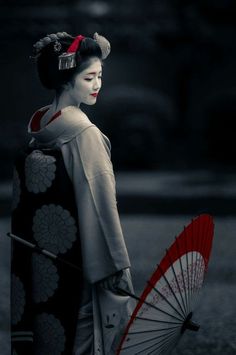 This is the blog to fuel my kimono addiction so that my regular followers don't get annoyed with kimono spam. :D If you've just started following me, or if you're looking for some kimono resources, please click "New follower?" up at the top left! 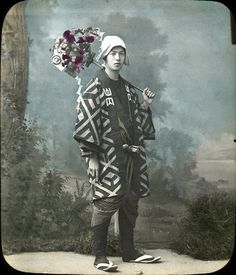 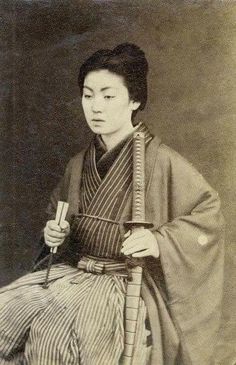 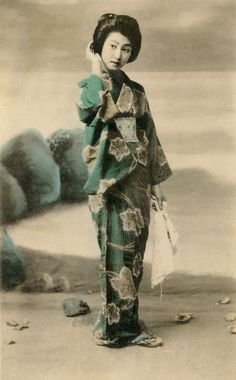 Geigi (geisha) Hamayū of the Shinbashi geisha district in Tokyo. In a nod to her professional name (Seashore Courage), she is posed on a studio beach. Dated 1911 on the reverse. 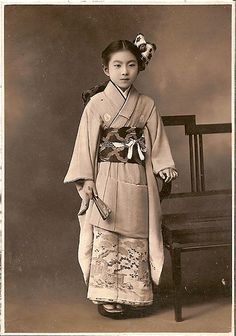 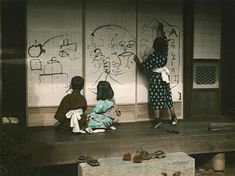 The woman who shaped National Geographic 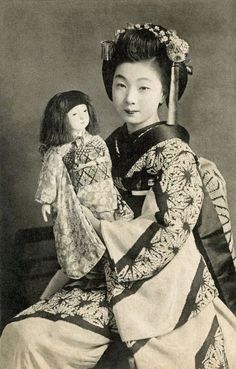 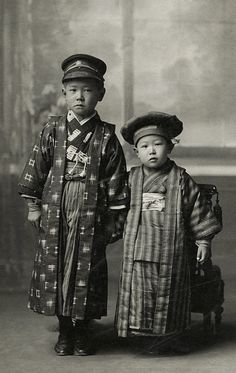 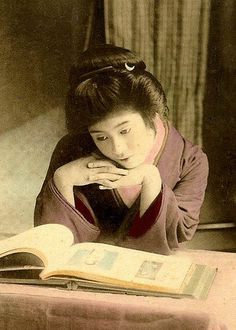 [From a OKINAWA SOBA flickr set of Meiji-era Photographs (and a few from the Taisho era) depicting real Geisha Girls looking at old Photograph albums, images, and stereoviews. Posted in response to flickr member SignFire who said we should sign these girls up for a flickr account. Apparently, these girls don't have computers where they are, so we'll have to make do with posthumously awarding these PHOTO-LOVING GEISHA with an honorary membership in flickr.] 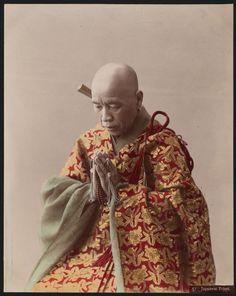 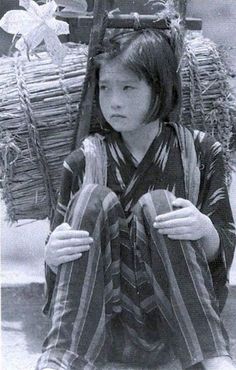 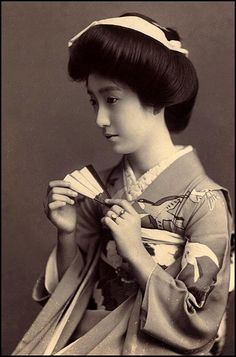 GEISHA WITH FAN, and BIRDS ON HER KIMONO

Flickr member Naomi no Kimono Asobi tells us that her name is SAKAE. Thanks, Naomi ~ !