Danae: It's just a harmless butterfly, you big weenie!! Lucy: Harmless... ri-i-i-ght... That's what it wants you to think just before it eats your face off. 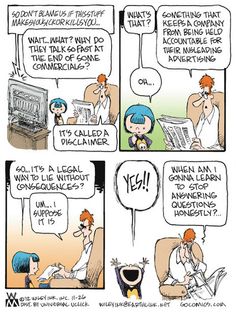 Noise: Thup. Thup. Thup. Thup. Danae: The summer slalom course is ready, Lucy, and I want to set a record on it that'll never be broken! Lucy: OK... So what's your goal on a finishing time? Danae: All summer should do it... Lucy: Ah... my kind of horse race. 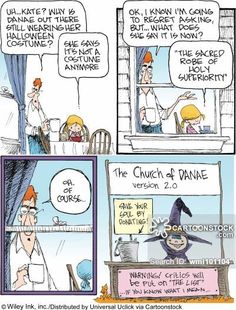 Trick Or Treater Cartoons and Comics

Wiley Miller's Non Sequitur is one of the most intelligent, quirky and stylish comic strips in syndication.

View the comic strip for Non Sequitur by cartoonist Wiley Miller created May 16, 2018 available on GoComics.com 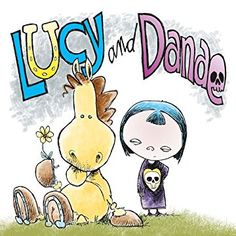 It is a rare cartoonist who can introduce new characters into a successful strip without upsetting readers. But since Wiley introduced Lucy, the lovable Pygmy-Clydesdale-with-an-attitude as the companion to Danae, Non Sequitur's cynical anti-heroine, fans have been clamoring for more of the pair. Now readers can enjoy the adventures of Lucy and Danae in the Non Sequitur collection dedicated to their exploits, Lucy and Danae: Something Silly This Way Comes. Lucy's lovable equine goofiness…